15 things you should never do in a job interview 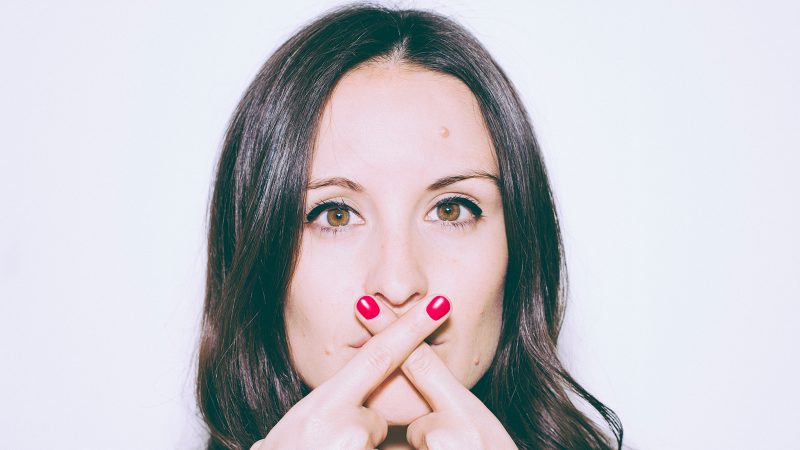 Making sure that you don’t do these 15 things will give you a very good chance of impressing your interviewer and getting the job.

I’ve definitely been guilty of doing some of these. Have you?

With so many resources online today (thank you, Internet!), you could probably find a million interview tips out there if you look around long enough.

But who needs – or has time for- a million tips?

Probably not you. That’s why we aimed to make it easy for you to prep for your next interview by sharing the ultimate list of DON’TS (a.k.a. things NOT to do) in any job interview, which entails 15 specific things that pretty much any hiring manager would agree would make them think negatively about a job candidate.

While we’re not saying that doing any one of these things will automatically disqualify you for a job that you’re interviewing for, what we are saying is simply…don’t.

Making sure that you don’t do these 15 things below will give you a very good chance of impressing your interviewer (the other thing to help you impress is to come prepared with solid answers to common interview questions).

15 things you should never do in a job interview:

This is kind of a no-brainer but you’d be surprised how often job candidates still show up late and think it’ll go unnoticed. Believe us, your interviewer notices. Even 1 minute passed the agreed-upon time is considered late and the more minutes late, the worse it reflects on you. Showing up late gives the impression that not only do you lack the discipline and professionalism to show up when you say you will, but it also makes your interview(s) wonder if you don’t respect their time and your ability to follow through (as an employee and person).

2. Show up too early

Interview lateness is one obvious no-no, but did you know there’s also such a thing as showing up too early? Yes, this concept exists. Unless the company specifically tells you beforehand that it’s okay to show up early, a good rule of thumb is to come in and introduce yourself no earlier than 10 minutes before your interview time. There are a couple of reasons for this: 1) you don’t become an unexpected nuisance if no one is available to greet you or show you where to wait, and 2) it prevents any potential awkwardness, such as running into other interviewees.

Nowadays, everyone seems glued to their cellphone…to the point where it’s almost natural for us to check our cellphones at any given time. But in the interview setting using your cellphone can reflect poorly on you, whether you do it in the waiting room or, even worse, in the interview itself. It shows that you lack boundaries and the ability to focus, and might even give the impression that you lack respect for the interview that you’re in and the person interviewing you – none of these things are good!

4. Look at your watch

Similar to using your phone, looking at your watch during an interview gives negative signals about your ability to focus, your respect for the person interviewing you, and your desire to even be there, especially if you do it multiple times. The only exception for doing this might be if you had a limited window of time for the interview (due to a prior engagement or otherwise) and communicated that to your interviewer beforehand.

While the majority of job seekers bend the truth to their benefit to some extent while job hunting, you should never go so far as to straight up lie in the interview. Because even though your interviewer might not catch you in it in the moment, you might overestimate how good a liar you are and one of two things could happen: 1. the interviewer could ask you to elaborate on something you lied about, which could end up putting you in a very bad situation that you can’t dig yourself out of, or 2) the interview might simply get an odd feeling about you overall and sense that you’re not being totally genuine, which will impact their general impression of you as a candidate (regardless of any honest answers you’ve given).

There are a lot of schools of thought about what proper interview attire is and it gets even further complicated when different companies today in various industries have their own standards and levels of casualness. Because unlike 10 or so years ago when wearing a suit was considered the ultimate interview uniform, nowadays, some interviewers will actually prefer that candidates NOT wear a suit to their interview. Your best bet is to ask the hiring manager or contact at the company about interview attire as specifically as possible, and avoid the universal no-go’s like wrinkled, hole-y, too-revealing or faded clothing.

7. Have a negative or defensive attitude

It’s true that the job interview is the time where you should show-off and “prove” your skills and aptitude for the role to the person interviewing you. However, it’s also a very crucial time when the interviewer is also assessing your personality and whether they want to even work with you. This means that it’s in your best interest to not get defensive or negative about anything you’re asked about, even if it’s something from your past that gets you riled up or that you feel needs defending. Instead, practice turning negatives into positives in your interview and demonstrate that you’re a person who thinks and acts positively, even in the face of conflict and difficult topics.

This includes things like not making good eye contact, not smiling, fidgeting throughout the interview, crossing your arms, or playing with items – like something on the table, your hair, your clothing, etc.

This one might be hard if you actually are desperate, but the point is

You should spend as much or more time preparing for an interview as you did preparing for any test you’ve ever taken (more if you never prepped for tests!). Interview preparation includes:

11. Give canned answers to tough questions

It’s very common for an interviewer to ask you challenging questions, such as to describe a time in which you failed, something you aren’t proud of, or a personal weakness. Don’t dodge the question by sharing a strength or calling a weakness a strength (most cliche answer ever: “my greatest weakness is my perfectionism”). Instead, share an honest failure or weakness and what it’s taught you or how it’s changed the way you think and work.

12. Throw your current or former employer under the bus

Never, never, never throw your current or former employer under the bus during a job interview. Interviewers hear it all the time:

Alarm bells go off the moment you drag an employer’s name through the dirt; the interview team is thinking, “Is this how she’ll talk about us too?”

If asked why you left a certain company or why you’re exploring other opportunities, share honest reasons that don’t bring harm to any person or entity. Great reasons include, “I’m really looking forward to exploring a new industry,” or, “My heart is leading me back to the non-profit industry,” or, “I really miss patient care,” are great responses.

13. Disclose your family status (or other protected information)

Likewise, you should never willingly offer up information that might result in unintentional discrimination. Keep your discussion points professional: talk about your professional achievements, your education, your strong qualities, and your work experience. Even when asked, “What do you like to do in your spare time?” be careful if what you reveal in your answer. To avoid over-disclosing, you might say, “I’m really into local sports,” instead of, “I love traveling to my children’s games,” or, “I really enjoy self-reflection and spirituality,” instead of, “I spend most of my hours at the synagogue.”

14. Blame others for things in your past

As you work through the behavioral questions that you’re likely to be asked in an interview setting, avoid placing blame on others for things that happened in your work history. Even when working with a difficult person, you played a role in any conflict that arose. How did you fail to understand and communicate effectively with that person?

15. Ask about salary and benefits too early

You have plenty of time to inquire about salary and benefits…after you receive the job offer. If the interview team is torn between two qualified candidates and you’re the only one who inquired about pay, they might get the impression that the other candidate is more driven by passion and meaningful work while you’re simply seeking a paycheck. Those questions are important, but the right time to ask them is when you receive the offer (the answers don’t matter if you never get an offer, after all).

This article was originally published on Kununu.